Das Badezimmer, and an interview with Bjørn Melhus

January 27, 2013
I tell you, Interfilm Berlin 2012 was so great, I am still talking to people whose work was featured at the festival. Tonight's interview is with the prolific and wonderful Bjørn Melhus, a German-Norwegian media artist currently based in Berlin. His work has appeared in festivals and galleries all over the world, including London'sTate Modern and the Whitney Museum in New York.

Bjørn himself stars as a gardener with a chainsaw in Das Badezimmer (The Bathroom), a short film based off the trailers that our beloved Alfred Hitchcock made for Psycho. For your reference, check out the Hitchcock trailer here.

There are two places for you to watch Das Badezimmer: view the German-only version on Gerisch Stiftung's website by clicking on the image below, or, click the image below to be taken to the vimeo version with English subtitles. Password (released with permission) is badezimmervimeo. 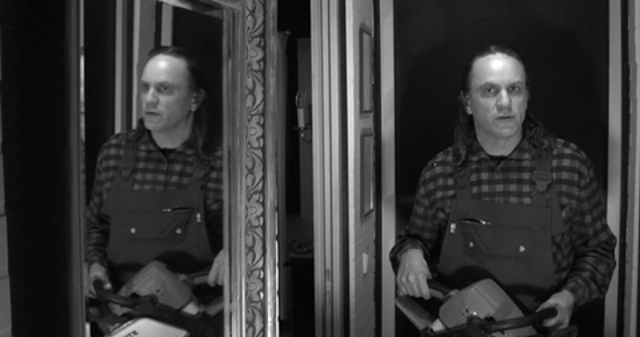 I was beyond happy when Bjørn agreed to do a post-holidays mailterview for little ol' me. Enjoy!


Celeste Ramos: What made you decide to film Das Badezimmer in the Hitchcockesque style?

Bjørn Melhus: Mr. Hitchcock himself! Das Badezimmer (The Bathroom) is a kind of re-enactment of one of the promotional trailers of the movie Psycho, in which Alfred Hitchcock gives a guided tour through the property/film set. Hitchcock dubbed the German release of the trailer himself. (He spoke actually some German).

CR: What was the most challenging and the most rewarding about filming this short?

BM: I had just 24 hours time for shooting and editing. Everything. And I made it in 16 hours!

CR: The crowd at Interfilm really enjoyed this one. What kind of reactions has the film gotten from audiences and critics?

BM: I think the film works for both, audiences who know the source material, and those who don't. I was actually surprised how many people knew it.

CR: Is there any other message or intention to the film apart from the obvious, relating the story of a crime directly to the camera?

BM: The backstory: I was invited for an exhibition at the "Herbert-Gerisch-Foundation", a private contemporary art collection and exhibition space in Northwestern Germany. (The space is the old building and I showed four videos, together with a second artist, Olrik Kohlhoff, who does drawings. When we started to prepare the show, the curator asked me if I had a piece that I could show in an old bathroom. (The exhibition space is actually an old mansion, which still has this bathroom. Some previous artists used it, some didn't. My answer was: I have nothing - but I can make something.)

And I guess THE most famous bathroom in film history is the one in Hitchcock's Psycho. On top of it: The whole property matched the one in the movie. Next to the old building is a smaller, modern bungalow (that looks like the Psycho motel), which is actually the private house of the owner and collector Mr. Gerisch. Today he is over 90 years old, a WWII veteran who fought in North Africa and became wealthy in post-war times. One of his hobbies in the 60s/70s was going on safari. His basement is packed with all these trophies, all shot himself. One of my intentions was to use the Hitchcock context as a bridge to bring this part of the private space into the public space - the exhibition space. But the experiences with different audiences also showed that it works even off-site, in a movie theater.

CR: After watching your work on your YouTube channel, Das Badezimmer seems to be very different from your other work. Do you think you’ll keep making “narrative shorts” like Das Badezimmer or was it a kind of experiment for you?

BM: So far most of my work has been narrative. I just finished another short. And I've recently started to explore new territory: a site specific augmented reality smartphone app, as one of 6 commissioned public art projects for the new international airport in Berlin - which hasn't unfortunately not opened yet.

CR: What are your plans for 2013? Where else will your work be shown?

BM: I'm preparing a longer, more complex film project, that combines different genres. Still secret. Something I can't say for the screenings and exhibitions: This info can be found on my website: www.melhus.de.

Check out Bjørn's YouTube channel and website for loads of clips and info on his previous and upcoming work. My thanks again to Bjørn! 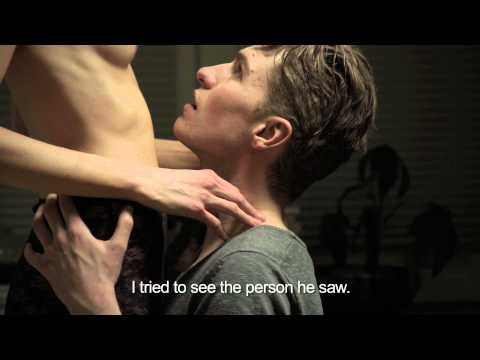 Lose Your Head, and an interview with writer, producer, and co-director Patrick Schuckmann

Take Alfred Hitchcock's   Vertigo,  David Lynch's knack for colors and dissolution of the self in   Mulholland Drive , swallow these things along with some nameless pills, and match them to a sweet beat in Berlin. Welcome to   Lose Your Head , the story of Luis, a Spanish party tourist who meets Viktor on the scene, and falls into one rabbit hole after another... I love Berlin. The juxtaposition of the shadows of its history against the brilliance of its arts and the neon of its nightlife make it an incredible city. It's an excellent backdrop as we get to know the painfully naive yet adventure-ready Luis, who left the warmth of Spain and the coldness of his boyfriend to have some fun in Berlin. Once the eerily friendly Viktor comes into the picture, we know this is going to be one of those "young kid gets more than he bargained for" scenarios, but there's much more than that going on. There's a sister scouring Berlin for her missing brother Dimi
Read more 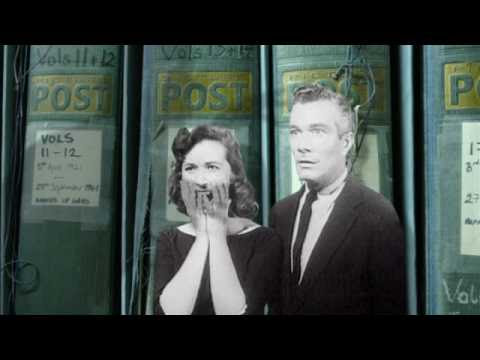 Do you know where I can get a photo of Hitler running in the 1948 Olympics? How about Neil Armstrong in a crowd on the moon? Or maybe ... a photograph of Jesus? These are just some of the wild requests fielded by Getty Images' Hulton Archive in London. In this cleverly edited short, archivist Matthew Butson takes us through a day in the dizzying life of a photo archivist. Enjoy the full film below. It was great fun to get some more info on the makings of this complex and entertaining film with Laurie Hill. Celeste Ramos : The editing in this film is awesome. How did this project come about? Laurie Hill : A number of factors fell together at just the right time. The backstory is that I made Photograph Of Jesus in response to a film challenge using Getty Images archive material - the organisers knew my work and rang me up to see if I'd be interested. I thought I'd take a look, and find out some more to see if it was for me. I was being offered free access to thei
Read more
Visit profile