(L)ending Lines, and an interview with photographer Ottavia Castellina

January 26, 2014
A woman boards a women-only train in Delhi. What does she see? How does she feel? What does she think when she sees you? These are among the many poignant questions asked by Ottavia Castellina, a photographer from Turin based in London. (L)ending Lines initially began as a fixed installation as the result of her six-week journey on women-only trains in Delhi. It eventually grew into a wonderful film, combining footage and images, thoughts and words taken from her unique experience on the trains. The film and photos hold moments, glances, smiles and bodies, coming together to express a vibrancy underneath what is otherwise an oppressive status-quo under the Indian patriarchal society. 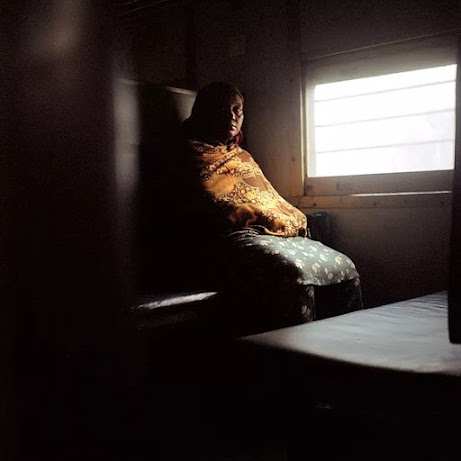 Do you know where I can get a photo of Hitler running in the 1948 Olympics? How about Neil Armstrong in a crowd on the moon? Or maybe ... a photograph of Jesus? These are just some of the wild requests fielded by Getty Images' Hulton Archive in London. In this cleverly edited short, archivist Matthew Butson takes us through a day in the dizzying life of a photo archivist. Enjoy the full film below. It was great fun to get some more info on the makings of this complex and entertaining film with Laurie Hill. Celeste Ramos : The editing in this film is awesome. How did this project come about? Laurie Hill : A number of factors fell together at just the right time. The backstory is that I made Photograph Of Jesus in response to a film challenge using Getty Images archive material - the organisers knew my work and rang me up to see if I'd be interested. I thought I'd take a look, and find out some more to see if it was for me. I was being offered free access to thei
Read more 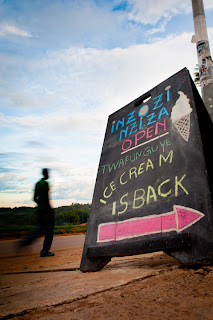 Think of Rwanda. I am betting that the association you've made with the country is probably not a nice one. But this also shows how horrific events create a suspension in time, both in the consciousness of the people involved and in the world at large. Sweet Dreams  is a film aimed at breaking a negative association that overlooks the people in Rwanda focused on a positive present and future. This is a documentary about the Ingoma Nshya drumming troupe, the first all-female drumming troupe of its kind, whose instrument was originally only played by men. Founded by Odile "Kiki" Katese , Ingoma Nshya started as a constructive, creative outlet for women who were still frozen in their pasts, or looking for ways to break out of them. After meeting Jennie Dundas from Blue Marble Ice Cream in 2009, Kiki came up with the idea of opening an ice cream shop in town, which would not only rejuvenate the town but also provide employment for some of the women. It would also bring t
Read more
Visit profile